So yes, the temperature hit 35 degrees Celsius in Perth this week to herald the real start of summer, Christmas decorations have been up long enough to start collecting dust and sharemarket investors are starting to draw a line under a strong 2021.

And there is no denying it has been a phenomenal year for investors in equity markets, even though the headline numbers do not accurately reflect pockets of stratospheric outperformance and sectors that are struggling because of challenging external conditions.

But not every ASX listed company is packing up shop for the year – and amid the final flurry of AGMs this week there was no shortage of significant and valuable news that has been lapped up by investors.

Buru (ASX: BRU, last trade 17¢) announced this week that good-quality wireline logs had been obtained over the interval from the 7-inch casing shoe at 3,868m measured depth to the total depth of the well at 4,141m. Together with the dolomite section encountered at 3,785m before the 7-inch casing was set to control gas influxes, a total gross interval of 165m of interpreted gas column is present from 3,785m to 3,950m measured depth.

The Perth company added that several factors implied that a gas column greater than that seen at the well location could be present.

”Subject to further analysis of data to hand, and to the results of the impending production test, the Rafael discovery has the potential to be a very material wet gas accumulation in conventional, high-quality dolomite reservoir, with very low CO2 content in the gas,” Buru executive chairman Eric Streitberg said.

“We are taking a methodical and considered approach to the evaluation of the discovery and intend to waste no time in commercialising the resource if its potential is realised.”

Potential in a different category is the order of the day at FBR (ASX: FBR, last trade 4.8¢), the Perth-based inventor of the Hadrian bricklaying robot.

Cashing in on its strong success, FBR hit up investors and announced this week it had secured $10 million from institutions and sophisticated investors at 4.5¢ a share, an 11% discount to the 30-day VWAP.

The newly raised funds will be used by FBR for working capital and to continue Hadrian’s commercialisation pathway.

“We are pleased to have attracted support from both existing and new institutional and sophisticated investors to help us progress the commercialisation of FBR’s technology,” FBR managing director Mike Pivac said.

“The funds raised will position the company well to execute on and expand its current committed work pipeline and to capitalise on commercial opportunities that are frequently presenting themselves globally, particularly in North America and Europe.”

Browns Range is positioned as the first significant dysprosium producer outside of China. Dysprosium is sought after for its use in the permanent magnets found in electric vehicles and wind turbines.

Also in the news:

The appointment of Nick Curtis, who transformed Lynas Rare Earths into the sector leader it is today, is a significant feather in Northern Minerals’ cap. He replaces Colin McCavana, a founding director of Northern Minerals.

Mr Curtis took control of Lynas in 2001 and refocused it as a rare earths company, leading to the development of the Mt Weld rare earths deposit in WA’s Goldfields and a large downstream rare earths processing plant in Kuantan in Malaysia. He retired from Lynas in 2015 after the plant in Malaysia was fully commissioned.

The Mark Tory-run Northern Minerals said it was “delighted that Nick has agreed to join the company and looks forward to its future development”.

As one pioneer returns, another has announced her retirement.

Having chaired Vimy Resources (ASX: VMY, last trade 24.5¢) since 2014 and successfully seen the company through its approvals process and now the “substantial commencement” of development works at the world-class Mulga Rocks uranium project north-east of Kalgoorlie-Boulder, Cheryl Edwardes told shareholders she would retire early next year.

“I had committed to the board to remain with the company to see the substantial commencement of development activities at our world-class Mulga Rock uranium project,” Ms Edwardes told shareholders ahead of Friday’s AGM.

“I am absolutely delighted that this significant milestone in Mulga Rock’s development has now been achieved, putting Vimy on a clear path to becoming Australia’s next uranium producer and a global clean energy supplier.

“My confidence in Vimy’s future success remains as high as ever and I thank shareholders for their unwavering support – and patience – over the years as we stuck to our goal of delivering on Mulga Rock’s potential.” 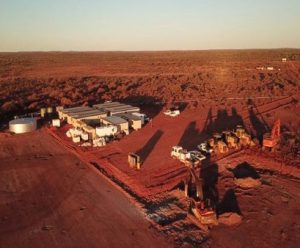 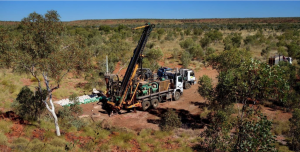