FBR was appointed as a robotic sub-contractor for the childcare centre, which will become a centrepiece for the community being established by Stockland at the Amberton Beach coastal community, near Eglinton in Perth’s north.

Hadrian X® built the double brick cavity walls of the childcare centre, comprising all external as well as some internal walls. The centre was completed on time in 16 build days, and consisted of 8,670 concrete masonry units, the equivalent of approximately 36,500 standard bricks. The work was completed in a significantly shorter time period than the estimate for manual bricklayers, and was charged at the prevailing commercial rate for bricklaying services.

The Hadrian X® continued to operate in challenging weather conditions including heavy rain and strong winds. The childcare centre was built in five sections, requiring five different building positions for the Hadrian X®, and as well as being the largest structure built by the Hadrian X®, it is also one of the tallest, with a 4.8m high wall incorporated into the structure.

FBR continues to receive significant inbound interest, both globally and domestically, for the Hadrian X® and is working closely with a range of builders to plan future work and schedule it in with FBR’s continuous improvement program.

FBR completed a significant volume of testing with new products in its facilities, with the aim to build structures in Western Australia using previously unused block and adhesive products in the coming months. 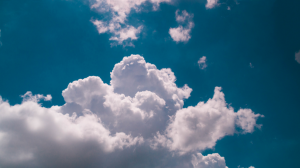