On 2 July 2020, FBR announced to the ASX that it had entered into a contract with Archistruct Builders & Designers to build the first display home in a residential suburb using the Hadrian X® construction robot.

On 13 July 2020, FBR announced that the Hadrian X® had finished building the structural walls of its first display home in Dayton, Western Australia. This was the first display home built by an end-to-end autonomous bricklaying robot anywhere in the world.

The Hadrian X® completed the three-bedroom, two-bathroom structure in three and a half standard shifts. The site was bordered by seven occupied homes and attracted a number of visitors and interested members of the public.

The Hadrian X® operated in light rain and low light conditions in the mornings and evenings, with block wastage less than one fifth than what is typically generated in a house build using traditional bricklaying methods.

The Dayton display home has since reached lockup stage and will be available for viewing as a display home upon completion.

A video detailing the Dayton display home building process can be viewed at the following link: https://youtu.be/HYsWbDA0xlc

On 25 August 2020 it was announced to the ASX that the Pilot Program Stage of the Building Pilot Program Agreement between FBR and GP Vivienda had been completed. FBR constructed four Mexican-style two-bedroom, one-bathroom house structures using the Hadrian X® at FBR’s premises, with each structure taking less than one standard shift on average to complete.

Two of the structures were built indoors at FBR’s facility, with the remaining two structures built simultaneously side by side outdoors to emulate the most economical operating process for a Hadrian X® in a residential development in Mexico.

Following satisfactory completion of the Block Development stage, FBR and GP Vivienda will collaborate to plan the entry of the Hadrian X® into the Mexican market at an appropriate time once COVID-19 has passed. This will also include achieving certification of the Fastbrick Wall System® in the United States and Mexico and the establishment of a Wall as a Service® operating entity in North America to service the Mexican market.

A video detailing the GP Vivienda Pilot Program can be viewed at the following link: https://youtu.be/M0QmPmlPFK8 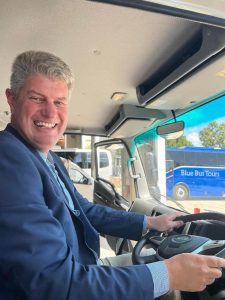