Drilling for gold and building quality inner-city apartments are paying handsome dividends for the astute investor – and highlighting some of the enviable good economic conditions present in Western Australia.

Just hours before a COVID-19 scare again swept through WA late yesterday when two interstate truck drivers tested positive for the virus after crossing the Nullarbor, DDH1 reported its maiden results as an ASX-listed company with a FY21 pro-forma net profit of $35.2 million, 17 per cent above the forecasts contained in its prospectus in February.

DDH1 further cheered shareholders with a final fully franked dividend of 2.18¢ a share while managing director Sy van Dyk was upbeat about the start into FY22.

“DDH1 has begun the new financial year with positive momentum and a sense of optimism, underpinned by strong commodity prices, capital markets that are supportive of our customers and significant exploration success across the industry that we service,” Mr van Dyk told investors yesterday.

As much as DDH1 is riding the wave of a national exploration boom – across gold, iron ore, copper, nickel and lithium, in particular – it has been the fact it is largely business as usual in WA, its biggest market, that is allowing the company to grow.

Drilling for minerals has little in common with big-ticket, high-quality apartment builds apart from the fact both sectors benefit from buoyant economic conditions.

And just like DDH1, Finbar has demonstrated it is in the right place at the right time to reward investors.

Finbar this week confirmed its full-year net profit at $8.86 million, in line with guidance and an increase of 25 per cent on the previous year.

The company declared a final fully franked dividend of 2¢ a share, for a 4¢ a share full-year payout.

Despite COVID impacting investor sales and immigration, Finbar sold 486 apartments during the year, both finished product and off the plan, for $296 million in sales revenue. The Finbar share of these sales was more than $150 million.

Euroz Hartleys analyst Gavin Allen rates Finbar as a buy, noting the company’s shares – at 79.5¢ last night – were trading below its NTA of 89¢.

Mr Allen has a price target of $1.17 for Finbar, considering it has completed stock becoming available at the recently finished 128-lot Dianella project to add to its existing available apartments, and it is gradually releasing investment stock in Karratha for sale into an improving residential property market.

Mr Allen said the sales levels being generated by Finbar point towards increasing profits in future years as major projects Civic Heart in South Perth and AT238 in the CBD contribute to a step-change in growth.

As well as Civic Heart and AT238, which are both under construction, Finbar and its development partners have committed to commencing major projects in Applecross and Rivervale in FY22.

“We are focused on bringing completed stock to the market in a sales environment which continues to be very active from owner-occupiers seeking immediate occupation,” Finbar managing director Darren Pateman said.

“This strong sales and settlement cashflow environment we have experienced since April 2020 has allowed us to not only reward shareholders with an increase in our dividend this year but is helping to bring forward the commencement of new projects with less debt and therefore lower pre-sale thresholds. This gives us a significant competitive advantage in our marketplace.

“Our strong cash position, combined with the support of our development partners who are as equally prepared to financially commit to bring completed stock to the market, gives us the confidence to start the new projects in Applecross and Rivervale and we expect both of these projects to be well received by potential buyers, particularly on completion.”

Mr Pateman said last week the company was averaging about $12 million a month in apartment sales this calendar year.

This figure was supported by Euroz Hartleys, which said available data showed the fourth quarter of FY21 was the strongest for apartment sales in Perth since 2016. 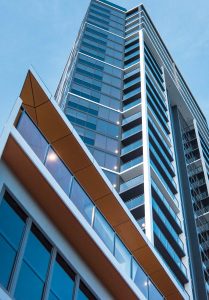 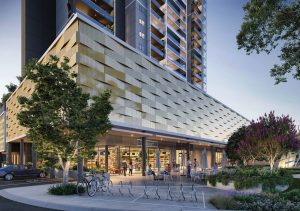