Junior mining company bosses have been told they need to treat shareholder capital like their own money and “lie awake at night worrying” if they want to attract the support of bigger investors.

Senior institutional investors in the resources sector also said junior mining company CEOs could no longer afford to remain specialists but had to be generalists as well as good promoters of their stock.

In a wide-ranging panel discussion at the 121 Mining Investment conference in London on Friday, the investors said they expected an uptick in mergers and acquisitions activities because the mining sector’s balance sheet deleveraging over the past few years had left growth pipelines empty and a market sentiment of “buy rather than build”.

Although the investors reported a return of equity market interest into the broader mining sector, the “signs of optimism” were yet to percolate through to the junior end of the market.

But it was the CEOs’ attitude to shareholders funds that emerged as a key determinant of whether their company was worthy of an investment, the panel said.

Asked what he was looking for in junior mining companies, Greenstone Resources senior partner Mark Sawyer said that assuming the technical merits of the investment opportunity had been “ticked” off, it left the integrity of the management team as a key focus.

“The ones that make us sit up are the ones who give us a sense that the chief executive, chief financial officer and chairman are lying awake at night worrying about your money,” Mr Sawyer said.

“Rather than using the (executive) position as a position on the Monopoly board to go past Go on a regular basis and collect £200,000.

“I want to know that they lie awake at night, as I do. I take (my responsibilities to Greenstone investors) very personally and I expect the CEO to do the same.

“And I can tell you that is a minority of CEOs who lie awake at night.”

BlackRock Natural Resources director Cailey Barker said mining company executives had to be generalists and demonstrate competence across technical, operational and financial aspects and be able to “promote your company well”.

And just because the investment horizons by some institutions were long term did not mean the companies could become complacent about delivering timely progress and value.

“I think the best answer is that if you are John Smith and you are running a company called X Resources, cross out the X and put John Smith in the company name and then run it like your business, then you have a much better chance of attracting our investment dollars,” Mr Barker said.

“And you have to be an extremely good custodian of capital.”

Sentient Equity Partners partner Gilbert Clark said it was important for companies to be clear on how they articulated the value of their assets – and do not talk about owning a “world-class project”.

“Brokers like that (talk) but there are no world-class projects in the junior market space,” Mr Clark said.

“Identify your space and talk to it.”

The investors said they expected an uptick in corporate activity, driven equally by the balance sheet deleveraging over the past years but also low valuations of many companies in the mining space.

Even though investor interest had returned to the mining space, there remained a disconnect between the valuation of the bigger caps and the smaller end of the sector.

“There is a limited number of new projects or new developments, and I am not talking about projects that have just been dusted off,” Tembo Capital principal David Street said.

“You see a lot of things that have been rehashed, after it didn’t work 10 years ago, why should it work now?

“You don’t see very many new deposit stories, (new) assets, which actually sows the seeds for the next phase of getting carried away again (with M&A).”

“This is an exciting time, if you have a decent CEO and they are a decent company and it has good backers then it’s a really good time to be in the market,” Mr Sawyer said.

“The world is not awash with quality projects”.

The two-day 121 Mining Investment conference attracted more than 300 investors and executives from over 100 mining companies, mostly listed in Australia and Canada.

Battery minerals, such as lithium and cobalt, featured prominently alongside gold stocks.

The next event is the 121 Mining Investment conference in Singapore on May 23-24. 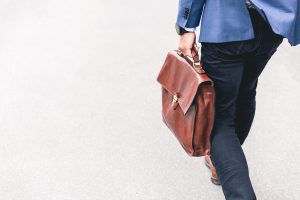 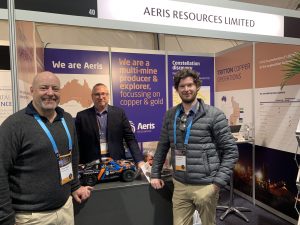