The new large target has a dip-extent of more than 450m, representing a priority target for the potential discovery of a large-scale Ni-Cu-PGE deposit.

“We are delighted with the results of the first-ever seismic survey at Mt Alexander which has delivered not only a breakthrough in our understanding of the complex intrusive system at Mt Alexander but also an outstanding new target for a potential massive sulphide deposit.

“Our systematic exploration over the past year has been primarily focused on testing the deeper areas at Mt Alexander to build on the four shallow high-grade nickel-copper sulphide discoveries already made across more than a 5.5km east-west strike length of the Cathedrals Belt. The geological thinking is that if the system is that long, it must also be deeper than the shallow mineralisation identified.

“The mineralisation we have at Mt Alexander is unique – the rare combination of high-grade nickel, copper, cobalt and platinum group metals is not seen anywhere else in Australia. Our challenge is to discover a large deposit of this kind of mineralisation.

“This is an absolutely compelling target for a potential major discovery.” 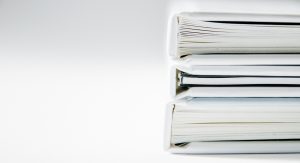