VRX Silica (ASX: VRX) has provided its summary of activities conducted by the company during the quarter ended March 31. The company spent the reporting period advancing its three silica sand projects in WA, all of which now have Mineral Resource estimates. The combined mining lease applications for these projects now amount to an aggregate 6,546Ha with a significant inventory of over 400Mt of Silica Sand at an average 98.7% SiO2.

VRX Silica (ASX: VRX) has provided its summary of activities conducted by the company during the quarter ended March 31.

On 17 January 2019 VRX Silica announced that a silica sand Mining Lease application (MLA70/1390) had been lodged for its Muchea Silica Sand Project (Muchea Project), located 50km north of Perth, the second such application for the Company.

The Mining Lease application includes 92% of the total previously announced Resource of 191 Mt @ 99.6% SiO2 (Muchea Maiden Resource announcement of 20 November 2018) but is expected to increase with deeper drilling than the hand-auger sampling previously undertaken to estimate the Resource.

The Mining Lease application for the Muchea Project is a very extensive application and covers the prospective Resource for very long-term future mining. Significant environmental studies have already been undertaken and will be finalised as part of the Company’s application for a Mining Permit, planned for later this year.

On 4 February 2019, VRX Silica Limited announced the acquisition of the Boyatup Silica Sand Project (Boyatup Project), located on E69/3560 which has a total area of 105.7 km².

VRX Silica issued the vendor of the Boyatup Project, Silatec Pty Ltd, 2,000,000 ordinary fully paid shares plus $10,000 in full consideration for the acquisition. The tenement is almost totally covered by vacant crown land and only a very small section is over farming freehold land, which is of no interest to the Company.

It is located 100km east of the port town of Esperance, and is connected to the Esperance Bulk Port via a sealed road which by-passes the city of Esperance. The Esperance Deep Water Bulk Port has been the exit port for bulk nickel and iron ore commodities and can load ships of up to 200,000 tonnes.

The Boyatup Project deposit is subtlety different to the Company’s Arrowsmith and Muchea Silica Sand Projects and has the potential to provide yet another option in the product range that the Company may market in Asia.

The combined Mining Lease applications over the Arrowsmith Project (North and Central prospects) and the Muchea Project now amount to an aggregate 6,546 Ha with a significant inventory of over 400 Mt of Silica Sand at an average 98.7% SiO2.

Environmental baseline surveys have been completed over the application area to support a Mining Permit application. MLA70/1392 covers part of the Exploration Licence E70/4987, see Figure 3, which was granted on 6 April 2018. 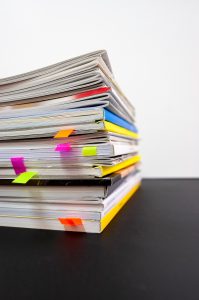