The only rarity associated with Australia’s abundance of rare earths deposits has been government backing for one of the many ASX-listed proponents wanting to develop a reliable supply chain of metals such as neodymium and praseodymium.

So as of this week, Hastings Technology Metals (ASX: HAS) is in a class of its own after becoming the first rare earths projects developer to receive the financial backing of the Federal Government, courtesy of a $140 million loan from the Northern Australian Infrastructure Facility (NAIF).

The NAIF loan will cover a sizeable chunk of the as-yet quantified capital required by Hastings to develop its world-scale Yangibana rare earths project in WA’s Gascoyne region.

Hastings’ Yangibana project, comprising a cluster of deposits with world-leading levels of neodymium and praseodymium (together, NdPr), will be capable of supplying up to 8% of the world’s NdPr demand from when production kicks off in 2024.

“It will make use of Northern Australia’s rich resources, strengthening key local industries and export markets to provide a real boon to our economy now and well into the future.”

“Western Australia is set to play a leading role in meeting global demand for critical minerals, which will obviously help economies.

“Once operational, the Yangibana rare earths project is set to produce highly sought-after rare earths elements neodymium and praseodymium, which are required in the production of magnets used in electric vehicles and wind turbines.”

Australia’s rare earths sector has long been talked about – and up – for its potential though beyond the $8 billion market leader Lynas Rare Earths (ASX: LYC) it has been tough going for the other ASX-listed proponents.

Hastings is a case in point, with its development schedule progressing more slowly than expected in part because discussions with backers like NAIF have taken longer.

But finally flush with NAIF support, Hastings is now finalising talks with commercial lenders to square away the debt component prior to finalising any remnant equity requirements.

Canaccord Genuity analyst Reg Spencer, a leading voice in the rare earths sector, told clients this week he expected Yangibana’s capital cost to be about $590 million. He has a speculative buy rating and 37c price target on Hastings.

“Assuming Hastings can secure a total of $400 million in debt funding (including NAIF), we note a relatively modest funding gap with Hastings currently holding $96 million in cash reserves as at December 2021 and a further ~$30 million of ITM [in the money] options (expiring April 2022),” Mr Spencer said.

“Despite recent delays, Hastings remains among the most advanced rare earths development projects globally, with very few projects capable of being in production within three years, and one of the few that we expect to remain almost entirely independent of the Chinese rare earths supply chain [given] key offtakes with [German Tier 1 customers] thyssenkrupp and Schaeffler.”

Investors concurred with the Canaccord view, pushing Hastings’ share price up 18% to 30c over the week on strong trading volumes to give the Perth company a market capitalisation of $521 million.

Early civil works at Yangibana are underway and Hastings expects to complete supporting infrastructure activities by the middle of this year before moving forward with construction of the Yangibana mine site beneficiation plant as well as the hydrometallurgical plant, to be located at the Ashburton North Strategic Industrial Area near Onslow.

Mr Lew said the NAIF loan was an endorsement of Yangibana as well as Australia’s commitment to the rapid development worldwide of decarbonisation technologies in e-mobility and energy.

“This is an exciting time not just for Hastings but for Australia’s emerging rare earths sector. We look forward to finalising the funding arrangements that will enable the Hastings board to make a final investment decision in the coming months,” he said.

While NdPr are the best-known of the rare earths, dysprosium – a so-called heavy rare earths element – also remains firmly in investors’ minds courtesy of the efforts by Northern Minerals (ASX: NTU) to progress its Browns Range operation in WA’s Kimberley region.

Just like NdPr, dysprosium is a key ingredient in the permanent magnets required for the ongoing, global decarbonisation push.

The vast majority of rare earths volume is produced in China and control over the supply chain has been a key sticking point in US-China trade tensions since 2010.

In 2013, the Federal Government included rare earths on its critical minerals list. 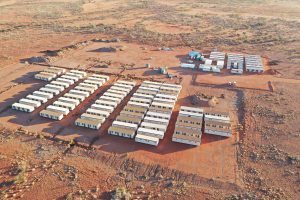 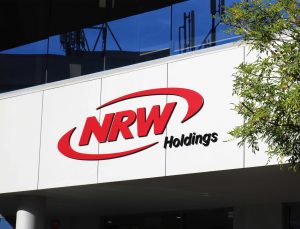