A ‘wall of money’ was promised at the Glasgow Summit last year for a battery minerals super cycle. The incoming Albanese Government has promised to capitalise on this by pledging policies and investment to put Australia at the centre of battery minerals production and downstream manufacturing.

Battery minerals refer to the basket of critical minerals required to decarbonise economies – such as nickel, rare earths, copper, manganese, high purity alumina (HPA) and cobalt, to name the most prominent ones.

For the savvy investor, exposure to ASX-listed battery minerals plays exploring for multiple commodities across myriad projects offers the opportunity to buy into the super cycle from the ground up.

For ChemX Materials (ASX: CMX), the confirmation of rare earths prospectivity on its Eyre Peninsula tenements in South Australia is another fillip in its journey to become a producer of some of the sought-after critical minerals.

ChemX, which only listed on the ASX in January, is focused on unearthing critical minerals such as manganese and kaolin on its Eyre Peninsula tenements. It is one part of ChemX’s two-pronged strategy, which also includes developing an HPA plant in Western Australia using the company’s in-house HiPurA™ process.

The fillip for ChemX – and its investors – is that a maiden drill campaign on the Eyre Peninsula has revealed impressive rare earths hits, to add to evidence of kaolin and manganese that has already been confirmed.

“These assay results from our maiden drill program at both the Kimba and Jamieson Tank projects confirm the presence of rare earths elements mineralisation across our Eyre Peninsula tenements,” managing director David Leavy said.

“The next stage is to further confirm the extent of the mineralisation within the results of the samples currently in the laboratory and undergoing beneficiation in preparation for assaying. This will include developing an understanding of the presence and distribution of high-value magnet rare earths – neodymium, praseodymium, dysprosium and terbium.

“We will also be undertaking metallurgical test work to determine the optimum process to maximise the recoverability of rare earths elements from the host clays.”

Lykos Metals (ASX: LYK), another relatively new addition to the ASX boards after listing last October, is wasting no time getting cracking with the drill bit now that the European winter is over.

Having already started drilling at Cajnice, in Bosnia-Herzegovina, to target the Gramusovici copper-silver prospect, the Perth company this week announced more drilling.

This time, a rig is headed to the Sinjakovo to test the RDK copper-cobalt prospect.

The maiden 19-hole, 4,600m diamond program means the drill bit is spinning at two of Lykos’ three flagship projects in the east European country – and the nickel-centric Sockovac is not far behind.

Lykos’ portfolio is located within the Tethyan metallogenic belt – host to some of Europe’s most exciting exploration stories including Adriatic Metals’ (ASX: ADT) Raska and Vares discoveries.

“We are delighted to commence drilling at Sinjakovo, with drill hole SIDD001 being the first exploration drilling in the project area in modern times,” managing director Mladen Stevanovic said.

“We are drill-testing for high-grade copper and cobalt mineralisation potential at RDK. Through our systematic and targeted drilling programs, the exploration team will grow our knowledge of the area over the coming months and this will inform the follow-up Phase 2 program.

“We are continuing with our systematic exploration programs at all three of our projects, where we expect to define many more compelling exploration targets for future drilling.”

RDK comprises the historic Sinjakovo mine, a 15,000-16,000 tonne waste dump and about 3km of strike length that the company has interpreted to host copper-iron mineralisation.

Historic mining operations ceased in 1910 when grades dropped below 3% copper. Lykos’ samples from the waste dump late last year returned grades of up to 5.21% copper and 965 g/t cobalt.

The company expects the first phase of drilling to take up to five months with one rig. A second rig may be brought to site to accelerate the program. Results from the first phase will inform an aggressive follow-up program to test the resource potential.

Back in Western Australia, growth-focused explorer St George Mining (ASX: SGQ) has resumed drilling at its 100%-owned Paterson Project, in the eastern Pilbara where Rio Tinto made the Winu copper-gold discovery and Greatland Gold the Havieron gold find.

St George this week kicked off an 18-hole diamond campaign to test a number of targets that it considers prospective for copper and gold mineralisation, following up a successful maiden air core drill program last year.

Executive chairman John Prineas said exploration at Paterson was complementary to the ongoing push to unearth more high-grade nickel-copper sulphides at the company’s flagship Mt Alexander project in the Goldfields.

“The targets being tested (at Paterson) are high-priority areas coincident with favourable structural features seen in the data from gravity and airborne magnetic surveys completed by St George,” Mr Prineas said.

“While this exciting drill program is underway at the Paterson, we will complete further geophysical surveys at Mt Alexander.” 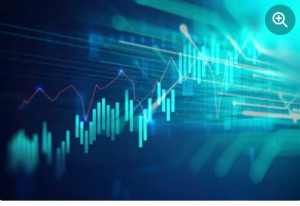