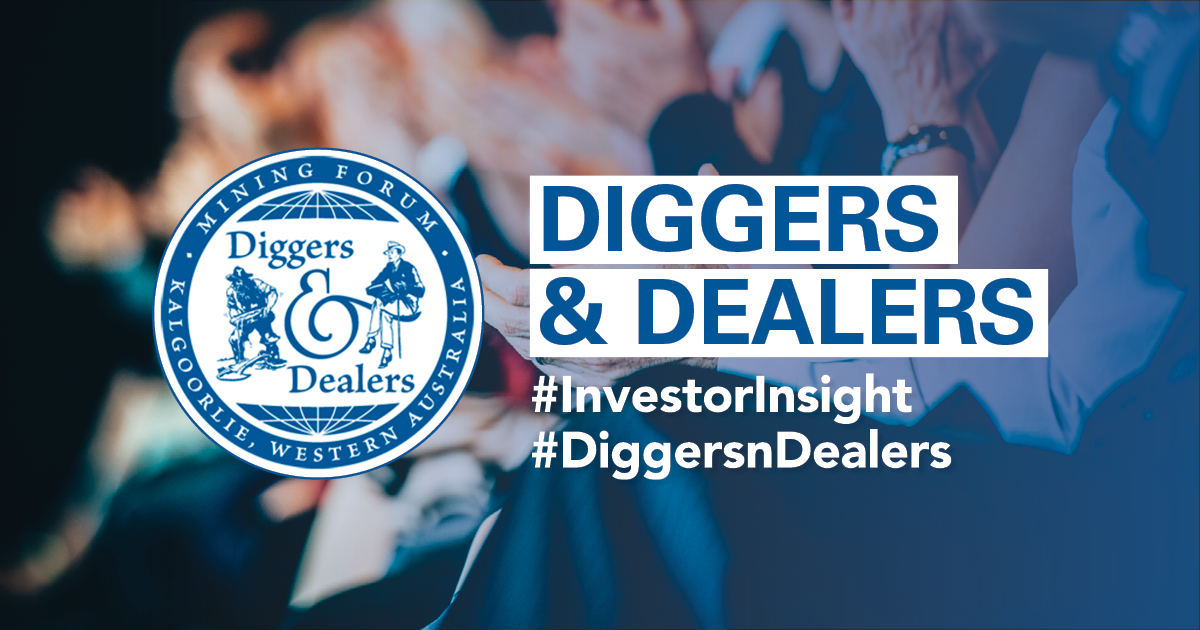 This year’s Diggers & Dealers Mining Forum achievement awards cap off three days that drew more than 2,300 delegates to the heart of the Australian mining industry – and represented a bit of the new, the old and the special.

The new was the Dealer of the Year Award, which recognised Kidman Resources (ASX: KDR) for its strategic approach to developing its West Australian lithium assets as the electric vehicle revolution motors forward.

Digger of the Year honours went to Kirkland Lake Gold (ASX: KLA) for its outstanding work in underground work at the Fosterville gold mine near Bendigo, which has already been in production for many years.

The GJ Stokes Memorial Award, presented to someone who has contributed to the advancement of the resources industry and society through leadership, was bestowed on sector veteran Ron Sayers, the guiding light and just-retired boss of drilling services group Ausdrill (ASX: ASL).

Ausdrill this year became one of just two mining services companies to present at Diggers & Dealers in the forum’s 27-year history. The other was diversified mining and civil contractor NRW Holdings (ASX: NWH).

Awarded in front of more than 1,000 industry participants at the black-tie gala dinner, Kidman was recognised for a mega-deal to enter into a joint venture with Chile’s SQM.

Besides forming a strategic partnership with a world-leading lithium producer to develop the Mt Holland lithium concentrate project and build a lithium products refinery at Kwinana, Kidman has been granted the status of Level 2 Lead Agency by the WA Government and signed an offtake agreement with high-profile electric vehicle manufacturer Tesla.

It has been quite a year for Kidman; In July 2017, when the SQM deal was announced, Kidman sported market capitalisation of $183 million. Today it is valued at approximately $600 million, after peaking in late May at almost $1 billion.

It was a similarly transformative period for Kirkland over the past year as it added value to its Fosterville gold mine in Victoria. Kirkland identified substantial high-grade resource zones and was able to increase Fosterville’s reserves by 210 per cent to 1.03 million ounces.

All of this was from a mine that has operated for many years.

Importantly for the sector, Kirkland’s success is re-igniting interest in the gold industry in Victoria.
Mr Sayers has a respected record of guiding Ausdrill to being recognised as a leading provider of drilling services to the resources industry in Australia and Africa.

Ausdrill is an organisation that not only has a large proportion of the workforce who are long-term employees but are also a significant number of multi-generation employees.

It is widely acknowledged that Mr Sayers built an “old school” culture within Ausdrill where care for employees and commitment from employees to the culture go hand in hand.

Part of this culture is reflected in what is known as the “Ausdrill Way” – a joint Ausdrill-employee fund designed to provide employees and their families with financial assistance in times of need.

This is unusual but also symptomatic of Mr Sayers’ leadership.

The West Australian senior business journalist Stuart McKinnon was awarded this year’s Media Awardfor his expert coverage of the mining sector over the past year.

The Emerging Company Award – assessed over Diggers & Dealers’ three days of presentations – was presented to bauxite miner Metro Mining (ASX: MMI). The award recognises the venture with the greatest potential to develop into a substantial project.

The Ray Finlayson Medal for Leadership was presented to Victoria Arrowsmith, a graduate metallurgist with Novo Resources.