Dysprosium-focused Northern Minerals (ASX: NTU) is set to reap nearly $11 million after half of the company’s claim for retained research and development refundable tax offset was agreed to be released by the Australian Taxation Office. $10.8 million will be received, while the company continues to pursue the remaining half of its claim.

Australian heavy rare earths producer Northern Minerals Limited (ASX: NTU) (the Company) is pleased to announce that the Australian Taxation Office (ATO) has agreed to release 50% ($10.78 million) of the Company’s claim for retained research and development (R&D) refundable tax offset in relation to the 2017/18 tax year.

While the ATO and AusIndustry continue their review of the Company’s claim, the partial release will assist the Company’s financial position.

The partial release does not imply the outcomes of the current reviews being carried out in respect of NTU’s 2017 /18 R&D claim.

The Company will continue to work with the ATO and AusIndustry to ensure the review is completed as soon as possible. 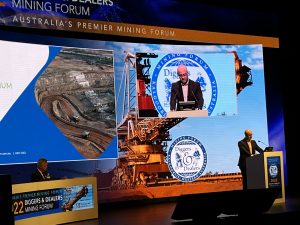