Northern Star Resources Limited (ASX: NST) has announced operational and financial results for the December quarter 2021, with gold sold of 392,655oz at an all-in sustaining cost (AISC) of A$1,631/oz.

The performance by production centre was:

Northern Star’s FY22 guidance of 1.55-1.65Moz at an AISC of A$1,475-1,575/oz is unchanged. As previously foreshadowed, gold production is weighted towards the second half of FY22, driven by increasing grades at Yandal and increasing mining rates at Pogo. As previously stated, AISC is expected to decrease in 2H.

Northern Star continues to take a proactive approach to managing COVID-19. Leaning on our experience at Pogo, where we had to respond quickly to the spread of COVID-19 and adjust our operating structures accordingly, Northern Star is equipped to leverage its operating flexibility to minimise expected disruption. We remain alert to the advice and requirements from State and Federal Governments and health authorities and maintain our focus on the health and well-being of staff and the communities in which we operate.

“We made further positive progress during the quarter to improve the safety performance across our three production centres, including the physical and mental well-being of our people particularly in this COVID-19 environment,” managing director Stuart Tonkin said.

“Kalgoorlie and Yandal continue to perform in line with our expectations. Pogo made solid progress with development crews achieving 1,500 metres during December and the mill operating at 1.2mtpa (expansion completed in the quarter to 1.3mtpa, from 1.0mtpa). This provides confidence in Pogo’s ability to deliver ounces in the second half and beyond.

“During the quarter we safely advanced our growth strategy towards becoming a 2Mozpa producer and entered into a convertible funding agreement with Osisko Mining that we believe has the potential to deliver significant value for shareholders.

“We remain on track to meet our FY22 guidance, which incorporates the current WA border closure and associated labour and cost impacts. Our experience at Pogo in Alaska has provided examples of the disruption we may face in WA and the mitigating actions required to reduce operational impact.” 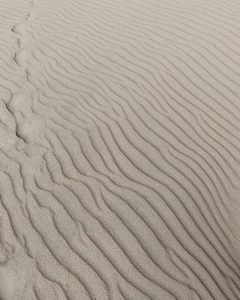