Under the terms of the CMA the term is extended 4 years until 30 June 2026, with an option for CS Energy to extend the contract for up to another 4 years. The contract value for the initial 4-year extension is around $150M.

The contract extension represents the third mining contract term and life-of-mine to date for Golding and CS Energy at Kogan Creek Mine, with Golding performing the civil works in 2006 before mining commenced in 2007.

Under this new arrangement all major plant and equipment will be supplied by Golding requiring a total new capital spend of circa $11M in the first year. All the remaining fleet required is currently operating on site and is Golding owned.

Golding will continue to employ approximately 70 people at the mine, most of which live in the local Chinchilla or broader South East Queensland regions.

“This extended agreement is the longest continuous contract in Golding’s proud history.

Golding has now successfully negotiated four contract extensions with four different clients in the last 6 months demonstrating the business’ goal to work with our clients to deliver sustained value”. 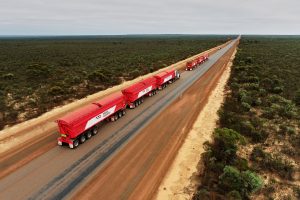