It can be quite tricky cutting through the noise of large-scale production numbers and grand expansion plans at Diggers and Dealers, but with the looming restart of a previously successful gold mine compounded with plans to spin-out nickel assets, as well as a recent cornerstone investment from a reputable financial group, Rox Resources is giving plenty of reasons to turn heads.

Addressing a packed auditorium in Kalgoorlie today, Rox (ASX: RXL) managing director Alex Passmore delivered an impressive insight into what the fledging gold miner has in the pipeline.

Rox is the 70 per cent owner of the Youanmi gold project near Mt Magnet in WA, which had produced about 670,000oz at 5.4g/t of the precious metal until the mine’s closure in 1997 by its previous owner. At the time, the gold price was around $400/oz.

“Youanmi has significant infrastructure in place including access roads, an airstrip, core shed and workshop, a tailings disposal facility, a mine village and access to process water from local aquifers, so that all greatly helps our restart plans and lowers our capital costs.

“Over the past 18 months we’ve done about 48,000m of drilling, substantially increased the resource, commenced feasibility studies into restarting Youanmi, and put a well-credentialled management team together to deliver this project.”

Rox’s Youanmi restart plans received a healthy funding boost earlier this year when Hawke’s Point, the mining finance arm of TFG Asset Management, acquired $11 million worth of equity in the business equal to a 13 per cent stake.

“The investment by Hawke’s Point is just its third in Australia and demonstrates confidence in the Rox team and the Youanmi gold project,” Mr Passmore said at the time.

Outside of gold, Rox is also progressing plans to demerge its nickel assets into a new entity by the name of Cannon Resources, with $6 million already raised and a listing date pencilled in for August 10.

“That raising was very well oversubscribed, so we’ve been very happy with how setting up that new corporate vehicle has gone, and we expect our shareholders will do very well out of that,” Mr Passmore said. 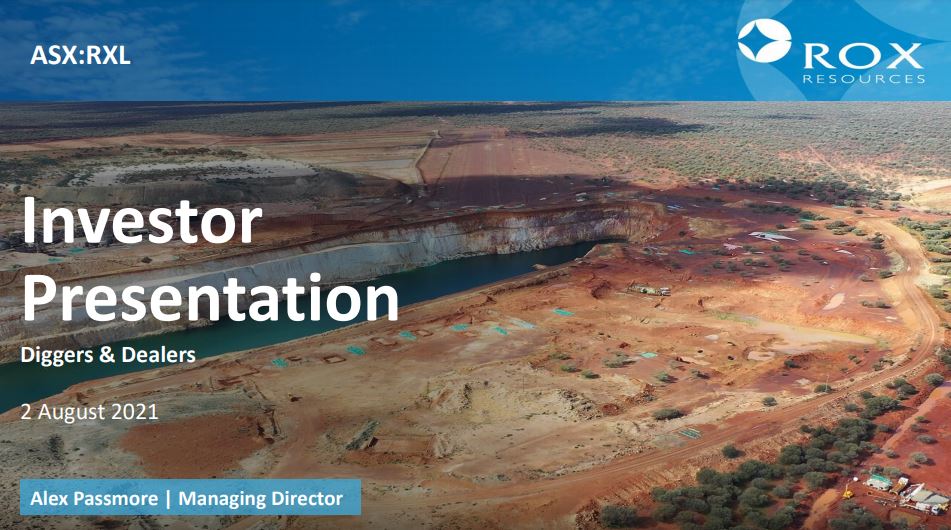 Gold Road to proceed with compulsory acquisition of DGO Gold

What market turbulence? Gold Road gets its prize, others kick goals