“We are progressing on a number of fronts at Mt Alexander, which is one of the most exciting emerging nickel sulphide projects in the world,” executive chairman John Prineas said.

“Our exploration initiatives continue to identify quality targets for deeper deposits of the mineralisation that is so unique at Mt Alexander – a combination of high-grade nickel, copper, cobalt and platinum group metals that is simply not seen anywhere else in Australia.

“Final metallurgical results from Canada are expected very shortly and we expect these to reinforce the potential to commercialise this unique high-grade mineralisation through the production of separate nickel and copper concentrates that will also receive high credits for precious and platinum group metals.

“In further good development news, our extensive flora and vegetation field surveys at Mt Alexander have demonstrated that mining activities would be able to comply with regulatory environmental requirements.

“We are excited to be drilling our first set of seismic targets – including S2 which is underway – and keenly await the results of this campaign. Our intrusive-style mineralisation is hosted in the structures that have been clearly mapped by our initial seismic survey. The new information gained through drilling is therefore a great advance in targeting that could provide an exploration breakthrough.

“We are also prioritising testing of our EM targets, where we have enjoyed a 100% success rate with all conductors drilled confirmed as nickel-copper sulphides. The latest conductor from MAD204 is a compelling target and has the potential to be part of a larger and open mineralised horizon.

“While our primary focus is at Mt Alexander, we are also advancing value-creating opportunities at our 100%-owned Paterson and Broadview Projects, in Western Australia’s East Pilbara and Wheatbelt regions respectively. Shareholders can expect exploration updates on these projects later this quarter, with drilling of copper-gold targets to be scheduled for the Paterson in April.

“With unprecedented investor interest in battery metals, now is an exciting time for St George as we advance our high-quality nickel and copper projects.” 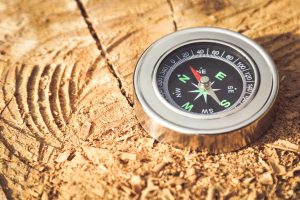