Dr Chamberlain first joined Vimy as an executive in 2014, where he successfully took the Mulga Rock Project from concept to a definitive feasibility study (DFS) in under four years. During this time, he led the overall management of environmental approvals for Mulga Rock, which saw the project obtain ministerial approval in December 2016. He was also instrumental in negotiating and acquiring the world-class Alligator River Project from Cameco in March 2018.

Dr Chamberlain joined the Vimy board as a non-executive director in February 2019.

Since 2019, Dr Chamberlain has been the project director and COO at BCI Minerals Limited where he led the definitive feasibility and optimised bankable feasibility studies for the Mardie salt and potash project and led the project through banking due diligence.

Dr Chamberlain will commence his executive role at the start of February and step down from the Vimy board once a suitable replacement is found.

Vimy is aiming to complete a bankable feasibility study for Mulga Rock this year along with progressing project financing activities and continuing early works. Planning has also commenced on a resource extension drilling program at the Angulari deposit located in the Alligator River Project.

“I am excited to welcome Tony back to the executive team at Vimy as chief operating officer,” Vimy executive director and CEO Steven Michael said.

“Tony’s knowledge of the Mulga Rock Project is second to none and he brings a wealth of experience in delivering major projects from DFS through to financing and construction. We will continue to build our project development team around Tony as we progress the Bankable Feasibility Study during 2022.” 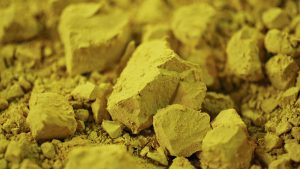 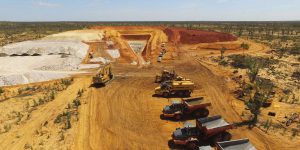