Lithium is the most important commodity for decarbonising the planet, and Mineral Resources (MinRes) has marked a significant milestone in its lithium growth strategy with first new spodumene concentrate delivered at the Wodgina Lithium Project, in the Pilbara region of Western Australia.

Wodgina is one of the world’s largest known hard rock lithium deposits and operates under the MARBL JV – an unincorporated joint venture between MinRes (40%) and Albemarle Corporation (60%) – with a current processing capacity of 750,000 tonnes per annum of 6% spodumene concentrate.

In late 2021, following two years in care and maintenance, the MARBL JV agreed to resume production at Wodgina in response to soaring global demand for high-quality lithium products.

Focus immediately turned to safely restarting the first of Wodgina’s three 250,000 tonnes per annum trains, with first spodumene concentrate now produced in line with a May 2022 target. Work is also underway to prepare Wodgina’s second train for production in July 2022.

MinRes’ Chief Executive – Lithium, Paul Brown, said the fast start-up was a credit to the company’s strategy to build and invest in a portfolio of long-life, high-quality assets. 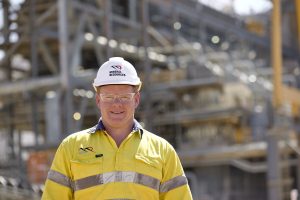 “Work is also advanced on starting Train 2, which demonstrates the foresight and optionality MinRes invested in Wodgina when we first developed this world-class asset.”

MinRes also operates the Mt Marion lithium mine in Western Australia’s Goldfields region in a 50-50 joint venture with one of the world’s largest lithium producers, Jiangxi Ganfeng Lithium.

In April this year, MinRes and Ganfeng announced a decision to increase spodumene production at Mt Marion from 450,000 to 600,000 tonnes per annum of mixed-grade concentrate and target an annual plant capacity of 900,000 tonnes by the end of 2022. MinRes has also begun processing its share of Mt Marion spodumene concentrate into lithium hydroxide as part of the Ganfeng partnership.

Mr Brown said increased demand for lithium products – underpinned by advancements in battery technology and the continued growth of the electric vehicle market – made MinRes one of the few producers worldwide that could reliably support and supply the lithium needed to support the world’s transition to renewable energy.

“We identified lithium as a target commodity over a decade ago and set about building a portfolio of world-class assets that could deliver long-term, sustained value,” Mr Brown said.

“Wodgina is one of the world’s best lithium assets and our well-timed development means MinRes can now safely and effectively ramp up spodumene concentrate production in the Pilbara.

“Lithium as the most critical mineral to support decarbonisation and MinRes has established a world-class lithium business with Tier 1 partners within the world’s lowest-risk lithium jurisdictions. This positions us well to increase output in line with market demands.

“It’s an exciting time for MinRes, our partners and our people – we’ve worked hard to build a 30-50-year horizon that will keep delivering opportunities for all stakeholders to achieve more success together.” 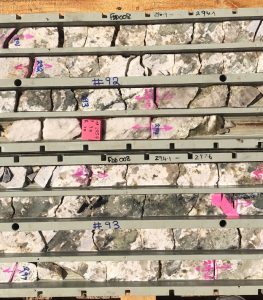 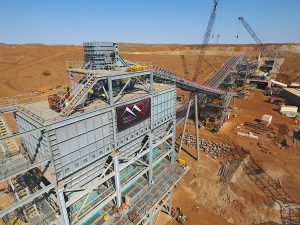