VRX Silica (ASX: VRX) announced it had received notice from the Yamatji Marlpa Aboriginal Corporation (YMAC) that conclusive registration of the Yamatji Nation Indigenous Land Use Agreement (ILUA) is expected today, in accordance with the terms of the ILUA.

The ILUA is an alternative settlement by the West Australian Government of native title claims covering a significant portion of land in the Mid West, including the Southern Yamatji People claim covering the Company’s Arrowsmith North and Arrowsmith Central Silica Sand Projects (Arrowsmith Projects).

The effect of conclusive registration is that VRX’s Mining Lease and Miscellaneous Licence applications for its Arrowsmith Projects will be dealt with under the terms of the ILUA.

VRX has been in consultation with the Department of Mines, Industry Regulation and Safety (DMIRS) about the grant of the Mining Leases and Miscellaneous Licences under the ILUA. This process includes a requirement that the Department of Premier and Cabinet formally notifies the Yamatji representative regional entity and DMIRS of the ILUA’s conclusive registration within five business days of it occurring. The Company expects the Mining Leases and Miscellaneous Licences to be granted shortly after such notification.

The ILUA will supersede the negotiations that were underway between VRX, YMAC and the Southern Yamatji Working Group over the terms of a native title project agreement for the Arrowsmith Projects. These negotiations had been progressing in good faith, though they are now overtaken by the Government-led ILUA, which settles all native title claims over the Arrowsmith Projects area.

VRX’s Managing Director Bruce Maluish said: “The conclusive registration of the Yamatji Nation ILUA gives us a clear line of sight on the grant of Mining Leases for VRX’s Arrowsmith North and Central Silica Sands Projects and we are anticipating the imminent grant of these and related Miscellaneous Licences.

“The ILUA draws a necessary end to our efforts and those by the Southern Yamatji Working Group and YMAC to establish and execute a native title project agreement. However, we are confident the strong and supportive relationships VRX has established with the Southern Yamatji People, in particular, will benefit all parties as we advance development of the Arrowsmith Projects.”

Even though VRX now has to comply with the terms of the ILUA, the Company intends to continue to consult with the Southern Yamatji People as the Arrowsmith Projects are developed to build on the positive relationships in place. 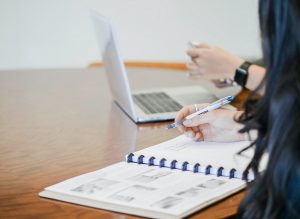